My brother and I grew up in America, but our Taiwanese-born parents still refer to our family trips to Taiwan as “returning to the motherland.” Our relatives there welcome us back with open arms every time. Just last month, we flew back to Taipei to attend my cousin’s wedding.

END_OF_DOCUMENT_TOKEN_TO_BE_REPLACED

This post is part of the Alphabet Project, where I write a post for each letter of the alphabet. It was inspired by Ash Huang’s Alphabet Meditations.

I have always loved traveling by airplane. I like seeing planes lined up in a row, decked out in their airline colors, with heads like bottlenose dolphins and massive wings like wandering albatrosses. Once I’m in the belly of one of those giant beasts, I gaze outside the window as it calmly glides over the tarmac, then whirs to life. It gathers speed. Suddenly, we’re flying above civilization.

There’s a unique culture associated with the airline industry. There’s nothing quite like packing everything you need into a small case, falling asleep in a metal container traveling at 500+ miles per hour at a dizzying altitude, and waking up to find yourself in a foreign part of the world. I’m so familiar with airports and airlines now that I’ve come to take for granted all that I learn in the process.

END_OF_DOCUMENT_TOKEN_TO_BE_REPLACED

Visiting France and Italy as an Asian American woman was a frustrating experience, not just because I got my passport stolen mid-trip. As I walked through Paris and Florence with two other female Asian friends, we attracted comments from a slew of men.

For example, a man riding his bicycle behind us on a sidewalk in Paris called out, “ni hao!” A topless man across the street from us in Florence smugly shouted, “CHING CHONG CHING CHONG!” and bowed at us.

After living through two decades in the Bay Area and two peaceful months studying abroad in Ireland, I was jarred by this onslaught of street harassment. After I noticed that only men were yelling at us, I realized that their taunts were a variation of catcalling. My analysis made sense, given that catcalling is so prevalent in France and Italy.

END_OF_DOCUMENT_TOKEN_TO_BE_REPLACED

It’s been a month since I returned home from a two-month study abroad trip in Ireland. I’ve always wanted a study abroad experience, and I got it. But after two months, I was so ready to come home. The magic of Europe faded as the  constant motion of travel wore me down mentally and physically.

I chose to study abroad in Europe out of curiosity. After all, many people dream of living and traveling there. My friends and I spent most of our two months interning in Dublin, but we flew off to various places during the weekends. It was two days in Kerry, back to Dublin for a week, three days in Barcelona, then back to Dublin for another week, etc.

END_OF_DOCUMENT_TOKEN_TO_BE_REPLACED

We struggled to get up early today to check out the Guinness Storehouse. None of my friends and I are drinkers, but we wanted to see the supposed “number one attraction in Ireland.” We smelled the beer as soon as we neared the factory, but weren’t able to  see the actual beer-making process. Instead, we toured the exhibits in a giant beer glass-shaped building geared toward tourists. They showed us the main  ingredients in Guinness and how the beer and casks were made.

When we got to the third floor tasting room, they first herded us into a white room with smells from the disparate ingredients of Guinness. Some of it smelled like chocolate. They gave us shots of Guinness and showed us how to properly taste the beer.  Truth be told, I much prefer smelling it to tasting it. We took a few pictures in the advertising exhibit and saw the 360 panoramic view of Dublin in the Gravity Bar before eating lunch in the restaurant. Fittingly, I had the beef and Guinness stew.

END_OF_DOCUMENT_TOKEN_TO_BE_REPLACED

Woke up at 2:50 am to catch a bus for the airport. That’s what I get for booking 6 am flights. Immediately upon landing in Barcelona, there was a giant line to get through passport control, the airport Wi-Fi sucked, and everyone was immediately blasted by the humid heat. I waited for the other four girls to squeeze through passport control, as their flight landed 20 min after mine.

We spent a while trying to figure out the metro system but eventually got to city center via a slow tram. Apparently there is no ventilation system in the metro tunnels, so we were boiling in there. Lunch was at a tapas place on Passeig de Gracia (the main shopping street), where we splurged on sangrias, shrimp omelettes, and potato plates. Walked around for a bit before deciding to go to hostel and check in. Words cannot describe how disgustingly sweaty we felt by then. All of us changed into shorts.

END_OF_DOCUMENT_TOKEN_TO_BE_REPLACED

My hilarious friend Jihoon basically summed up my visit to Barcelona in pictures.

Jihoons Thoughts: A Blog for people who dont want to read a lot

its cold there so i took them to the beach 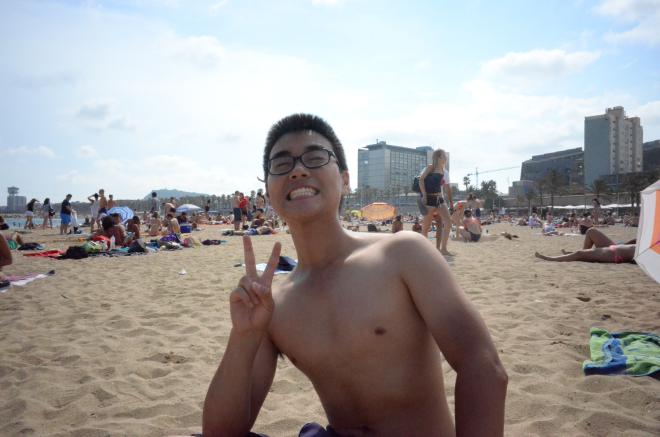 basic af. blocking the road for these nice cyclists

went to see the cathedral

pretty much a tour guide now 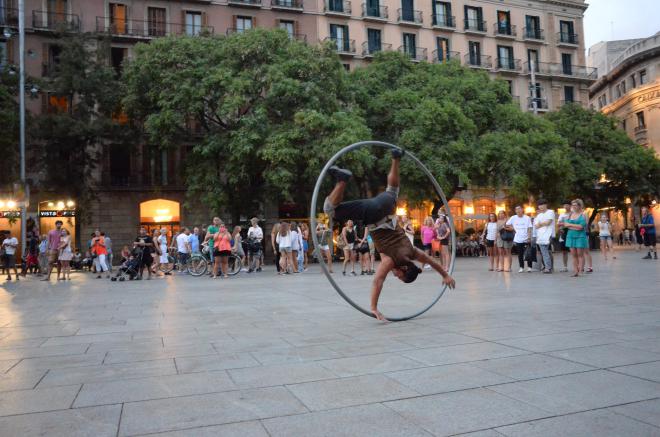 crazy bullshit happening outside on the plaza. must bring to america

next went to rambla de raval or something like that.

its the ethnic district i think

then we went to a bar

they all had girly drinks 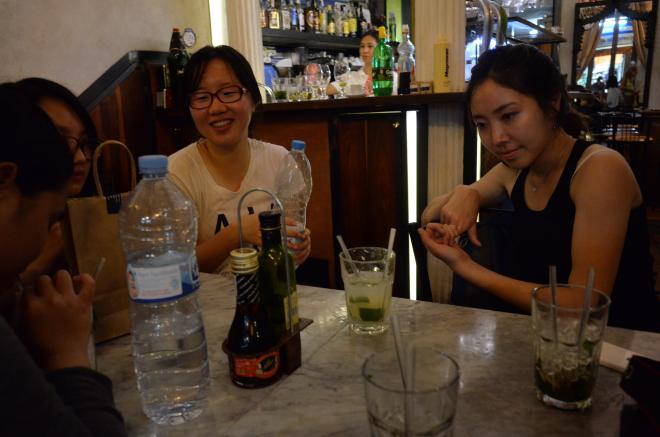 i had a girly drink too. #selfbasic

nice and quiet in the early morning

decided to go to montserrat. which is a mountain

had to take train

y r u reading a map karen. were on a train. you dont decide where to go. you are not train…

Got up around 6 am for a day tour on a coach bus to Cork and Blarney with two friends. Our first stop was at the Rock of Cashel in Tipperary, which was also

called St. Patrick’s rock. The main attractions there were drab gray walls and a cemetery.

Then headed on to Cork. The bus driver/tour guide was from Cork so he drove us around his city before heading on to Blarney. We got there around noon to “beat the crowds,” but there was still an hour long line up Blarney Castle to kiss the Blarney Stone and obtain the “gift of gab”.

END_OF_DOCUMENT_TOKEN_TO_BE_REPLACED

I’ve been busier this week, so there aren’t as many pictures this time. Apologies!

a friend. We took the bus to Blackrock, where we caught the DART (the Dublin version of BART) to Howth. The town was cute and smelled like seafood and fish. Mmm fish. We stopped by the famous Howth Market but it wasn’t completely set up yet so we walked around to the edge of the dock and at the lighthouse.

END_OF_DOCUMENT_TOKEN_TO_BE_REPLACED

To celebrate American independence day, I boarded a plane independently to Edinburgh, Scotland. I was awake at 3:30 am to catch my flight, and couldn’t

believe how many other people were also awake, on the streets and in the airport lines.

The weather in Edinburgh was horrendous when I got there, but thankfully the plane landed without issues. I tried to keep my spirits up as the bus took us to Old Town. My socks were sopping wet within a couple minutes of walking around, and the wind rendered my umbrella useless. I began to feel like the whole trip was going to be miserable, so I headed straight for the hostel.

END_OF_DOCUMENT_TOKEN_TO_BE_REPLACED

Back to top
Oops, I'm a rabbit
Create a free website or blog at WordPress.com.
Loading Comments...