For those of you who know me, I love documentation so much that I made it my job. That’s why I was excited to read a book called Dear Data, detailing how two designers — Giorgia Lupi and Stefanie Posavec — mailed each other postcards with hand-drawn data visualizations about their lives. Each week, they designed a new visualization using data they collected for topics such as “things we bought” or “sounds we heard.” I was itching to try this project myself, but documenting the mundane details of my life sounded like a daunting task. Nothing like a good blog post article to push myself to try new things.

Here was my plan:

END_OF_DOCUMENT_TOKEN_TO_BE_REPLACED

Recently, I’ve discovered how important puzzles are in my life. When I decided to try writing a game, I was immediately overwhelmed by how to start. Do I begin with gameplay, characters, world-building, or something else? Then I realized that my favorite games revolve around logical problem-solving, so I should begin by researching the art of making puzzles.

To start with what I know, I mined my past for examples of games and puzzles I’ve enjoyed. From there, my goal was to draw on my own experiences and leverage my existing writing/design skills to create a set of puzzle-writing guidelines.

END_OF_DOCUMENT_TOKEN_TO_BE_REPLACED

My feelings about Jam City’s Harry Potter: Hogwarts Mystery mobile game can be summarized by this Reddit quote:

I found this contradictory love-hate sentiment so fascinating that I had to investigate its cause. There must be some reason that I and so many other Hogwarts Mystery players spend hours playing a game that we complain about daily.

END_OF_DOCUMENT_TOKEN_TO_BE_REPLACED

Here’s an overview of all 26 posts:

As I look back on the Alphabet Project, I can’t help but think of Cheryl Strayed’s memoir Wild, in which she documents her 3-month trek across the Pacific Crest Trail in an effort to find herself. When I published the first out of my planned 26 posts, I felt like I was starting my own trail of sorts. As long as I put one foot in front of the other on the path through the alphabet, I would finish my first long-term writing project.

It took me 2.5 years, but I did it! Each letter was a guidepost, inspiring me to choose a topic that resonated with me. In this way, the project was a search for the things closest to my heart.

Some topics reflect the period and mindset I was going through, like Cal for graduating college or Office for working at my first job. Some were musings on ways to improve myself, like overcoming my fear of failure. I can trace the improvement of my writing through the posts as I got more confident playing with alliteration and exploring social issues. I increased my courage for exposing my writing to an audience by sharing each post.

Now I’m thinking about my next step. Now that I’ve proved to myself that I can commit to a multi-year writing project, I might take on a novel next, or another long blogging series.

One thing I know for sure: I owe it to books, music, feminism, travel, and all these topics I’ve declared as important to me to pursue my passion for each of them. And as I was learning about myself, I hope you’ve also learned something along the way. Thanks for reading!

As a young adult navigating the inevitable ups and downs of post-college life, I’ve been thinking lately about the elusive elixir we call happiness. Despite the images we post on Instagram to showcase our glamorous lives, we millennials and Gen Zs are susceptible to periods of depression that can be described as “losing our zest for life.”

The word “zest” reminds me of fresh citrus flavor, bright color, and piquancy. I’d use it to describe those dishes on MasterChef with a sprig of parsley to finish on top of a salmon filet and carrot ginger purée. On days when I’ve lost all motivation, I feel like I’m missing a crucial finishing ingredient.

Many of my readings about happiness suggest that we become stronger when we accept and overcome the inevitable challenges of life instead of glossing over them with positivity. The more we expect to be happy and successful all the time, the unhappier we are when things go wrong out of our control. It’s exhausting to be like Alec Baldwin’s zany character in Friends, who praised everything from a “well-lit hallway” to brake lights “aglow with the light of a million fairies.” Not every moment has to be the zenith of our lives.

END_OF_DOCUMENT_TOKEN_TO_BE_REPLACED

Years ago at a tech talk I was attended, an executive described his planning process this way: “I don’t plan beyond a year into the future, because so many changes happen during that time.” This idea was blasphemy for an overplanner like me, but I’ve come to see his message as, “Accept and adapt to things that happen out of your control.”

We humans think we can control time. We draw artificial lines at the end of every New Year’s Day and at each birthday. We constrain each day to boxes on our calendars and planners. In reality, we live moment to moment in one long unbroken chain of events, just as the earth continually orbits the sun without congratulating itself for completing each revolution.

Yet we still need measurements to organize our lives and track our progress. We want to point to each other and say, “You’ve been on Earth just as long as I have, so we are kindred spirits.” And so we measure ages, grade levels, seasons, and relationships in units of time. I’ve been alive for 24 years. I’ve been writing this blog for 4 of them. I spent four years in high school and another four in college, and watched the Summer Olympics after each graduation. It took me 18 years to officially become a grown-up, and to learn that there’s always more growing up to do.

END_OF_DOCUMENT_TOKEN_TO_BE_REPLACED

Recently, I drove too close to another car in a parking lot while looking for a spot. Before I could apologize to the other driver, an Indian man, he rolled down his window and yelled “Go back to China!” I was partly amused, but mostly annoyed. He was definitely an immigrant or a descendant of immigrants like I am. What gave him the right to spew vitriol at me?

Sometimes our annoyance with foreigners emerges in the stress of the moment. When my friends and I visited the Palace of Versailles, a few Chinese tourists infuriated us by cutting in line after we’d been waiting for three hours already. The fact that we had Chinese roots didn’t stop us from excoriating the bad manners of Chinese people. I took great relish in thinking, I have proper manners because I’m American!

When we don’t understand foreign customs (like the reason Chinese tourists cut in line is because they’re used to surviving in a densely populated, competitive society), it’s easy to make generalizations about a whole group of people. We evolved with instincts to prefer members of our own group of race or class over others, which take conscious effort to undo. Despite years of social movements, many people are still not convinced that diversity and globalization is desirable. Even then, dynamics between countries changes constantly, creating new animosities between people.

END_OF_DOCUMENT_TOKEN_TO_BE_REPLACED

I was caught off guard the first time a boy called me a whore. In middle school, I was at a male friend’s place while our parents hung out in the living room. I was messaging a friend on AIM when I mentioned that I was hanging out with boys.

“Wow, what a whore,” he responded.

I reeled in shock, wondering what I did to incite this sudden vitriol from a supposed friend.

I remembered this incident when I recently read a quote that said “If you’re a woman, you’ll be called a whore one day.” Before girls even become women, we learn that this is a world where many words are designed to wound women exclusively, including witch, wench, and whore.

END_OF_DOCUMENT_TOKEN_TO_BE_REPLACED 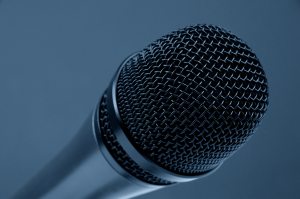 Our voices are our identities. Our personalities shine through the way we speak, write, and sign. But with so many voices vying to be heard on the TV, radio, or Internet, achieving influence is a vicious competition to see whose voice is broadcast the widest.

Though I’m not keen on being famous, I wonder how far my voice could take me. My speaking voice is naturally quiet, so I need to train myself not to mumble. I have a visceral fear of talking on the phone because my voice, floating over airwaves without gestures or body language, feels like it’s falling into a vast void. I’m usually the first to sing myself hoarse at karaoke, despite drinking buckets of water. I envy people who have naturally audible voices.

END_OF_DOCUMENT_TOKEN_TO_BE_REPLACED

If you work in the tech industry, you might be familiar with the popular buzzword “usability.” Although designers and engineers use this term to evaluate how easy their tools or processes are to learn and use, the strategy for achieving usability can be an abstract mystery.

Here’s the most vivid way I can describe usability in action: in the movie Temple Grandin, the titular character crawls through a claustrophobic tunnel on a ranch where cows are prodded and dipped in pesticide to eradicate ticks. She experiences firsthand the ways in which the tunnel violates cows’ natural instincts, scaring them with glints of lights and unnatural direction changes. Later, Grandin redesigns a slaughterhouse to account for their natural sense of direction, and the cows are gently guided to their deaths. They get a dignified ending, and people can enjoy high-quality beef from relaxed cows.