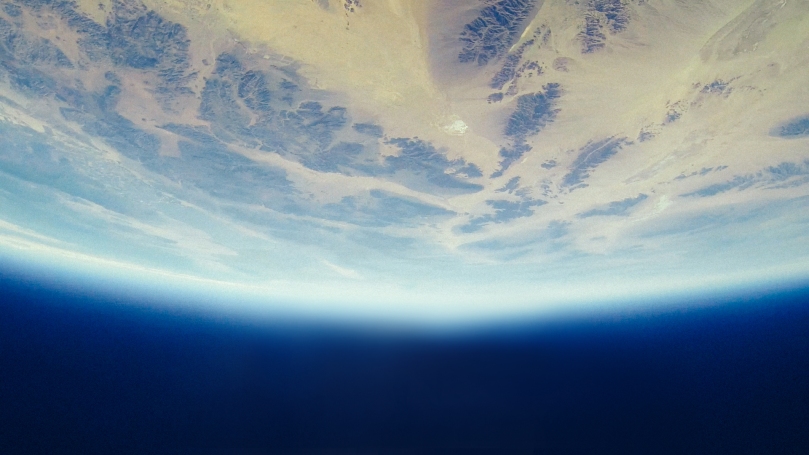 Outer space is like a childhood friend I rarely keep in touch with. We were first acquainted when I did a report in elementary school on Mae Jemison, the first African American woman in space. My family and I then visited John F. Kennedy Space Center in Florida and returned with a space obsession. We watched Apollo 13 and built a model rocket together. I sunk myself into research about space exploration and astronomy.

Years later, I barely read news about NASA or SpaceX beyond a cursory glance. I never dreamed of being an astronaut, so my career path didn’t take me near aerospace engineering or hard science fields. Yet society sends me reminders to stay curious space exploration. My company’s meeting rooms are named after space missions like “Hubble” and “Apollo.” The Tech Museum in San Jose features a fun space exhibit. Movies like Interstellar, The Martian, and Hidden Figures tell superb stories about astronauts and mathematicians.

To me, space can still seem to me like a work of fiction; human colonization on other planets or alien life forms only seem possible in books, shows, and movies. To be honest, the idea of being an astronaut floating through the emptiness of space – a vacuum of nothingness – scares me. Even photos from outer space that show off the sheer size of the Earth make me feel small and helpless. But fear is no reason to be uninformed about scientific progress.

Sometimes I wonder what it’s like to work with NASA. I wouldn’t be qualified to be a scientist, engineer, or pilot, but I could serve as a designer, educator, or journalist and communicate information to the public. I dream of being part of the elite group of pioneers discovering the frontiers of humanity. I’m in awe of astronauts who have the courage to strap themselves to a shuttle that rockets them into uncharted territory.

The other day, I discovered the website Spacehack.org, which provides ways for curious civilians like me to participate in space exploration. These projects rely on data gathered from volunteers to help scientists understand more about space. For example, Spacelog.com asks for the public’s help to transcribe original transcripts from missions like Apollo and Mercury. It’s a down-to-earth approach to educating laypeople about space and astronomy.

Now and then, I’ll have flashes of memories from my childhood obsession with space, like the packet of dehydrated astronaut ice cream that I bought from the Kennedy Space Center. As an Earthling, I want to stay curious about what lies beyond our blue sky and seas of stars. I’m often so caught up in my Earth bubble that I forget how much progress we’ve made, and how much more we don’t know. I’m excited to be surprised by the ways space exploration will change our world in the years to come.

This post is part of the Alphabet Project, where I write an article for each letter of the alphabet. It was inspired by Ash Huang’s Alphabet Meditations.