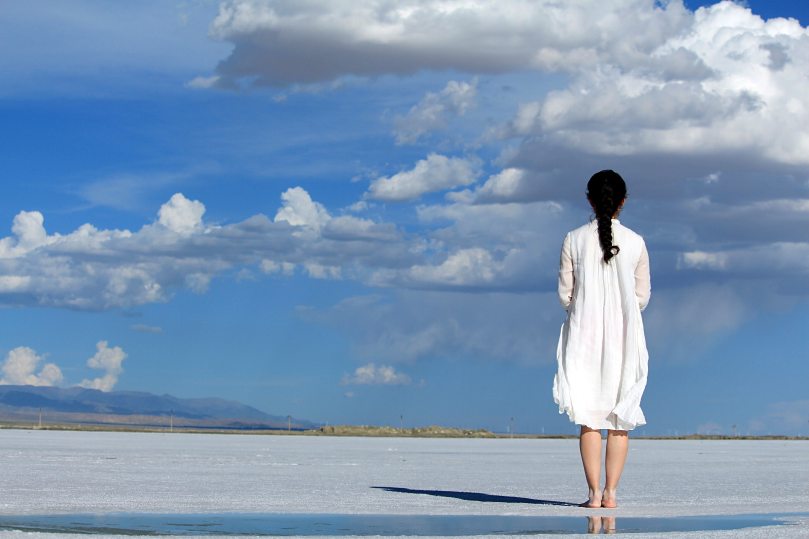 I was caught off guard the first time a boy called me a whore. In middle school, I was at a male friend’s place while our parents hung out in the living room. I was messaging a friend on AIM when I mentioned that I was hanging out with boys.

“Wow, what a whore,” he responded.

I reeled in shock, wondering what I did to incite this sudden vitriol from a supposed friend.

I remembered this incident when I recently read a quote that said “If you’re a woman, you’ll be called a whore one day.” Before girls even become women, we learn that this is a world where many words are designed to wound women exclusively, including witch, wench, and whore.

It’s not every day that I think “wow, life as a woman is difficult.” But it’s hard not to feel paranoid about behaving the right way when I constantly hear warnings that the world is rigged for men, especially in the workplace. I wonder if I will choose to give up my career and family name when I become a wife and mother. I’ve been told, “Men are hired at any age, while older women are less valued.” I’ve been complimented on my choice to major in literature with, “That’s good, you can work from home with the kids.” My mom tells me, “The more you’re complimented as pretty when you’re younger, the sadder you’ll be when people no longer tell you that when you’re old.” I can understand why so many aging celebrities take Botox. It’s hard not to question your worth when it’s wrapped up in your youthful appearance and ability to produce children, as if you can control the whims of time and genetics.

Despite the challenges of womanhood, I love being a woman. I enjoy subverting expectations of what I’m supposed to be and shaping my own future. I celebrate all the milestones with women across the globe, like first female superhero movies, first female prime ministers, and first legal female drivers in Saudi Arabia. The worldview of women as the weaker gender is slowly but surely being proven wrong.

I often wonder how I can personally contribute to feminism in my everyday life. I know I can value myself as a woman and conquer the imposter syndrome that makes me worry about never being good enough. I can choose a partner whose family values me as a person rather than a baby-making machine. I can work with other women to create more opportunities for us and speak up if I see something wrong.

I believe we need to include men in the conversation about women’s rights and gender equality. There should be a balance between pretending gender discrimination doesn’t exist and accusing every male action of being sexist. Achieving gender equality is about attaining a balance in rights; if we want men to support their working mothers at home, they should be able to take parental leave. They should be allowed to express their emotions instead of being encouraged to “be a man” and bottle them up. If we want the system to change, we’ll need men to be able to recognize and reject toxic masculinity and misogynist attitudes. It’s faster to have men and women united against sexist systems and attitudes, instead of just having women waging wars against men.

I also hope feminism can welcome a wider spectrum of views. I’ve been wary of writing about feminism because the topic has become so complex. Having a “wrong” opinion on feminism can earn you severe criticism. But I don’t mean to speak for feminism as a whole, only for my opinion. I don’t want to withhold my thoughts on this crucial part of my identity out of fear.

I didn’t think much of embracing womanhood as I was growing up. I rejected dresses and other feminine clothing in favor of jeans and T-shirts. But now that I’m an adult, I can now see how it’s possible to project feminine strength. I can dream about my wedding while also building my career. I can celebrate fictional heroes like Wonder Woman, Hermione Granger, and Leslie Knope who can take charge of their lives through sheer will.

I love being a woman, and I want other women to love being women too. I wouldn’t trade this experience for anything, even if it means I have to risk being called a whore. Words are weapons, but my belief in my own worth will be my armor.

This post is part of the Alphabet Project, where I write an article for each letter of the alphabet. It was inspired by Ash Huang’s Alphabet Meditations.